As many financial institutions have been finalizing their transition away from the London Interbank Offer Rate (LIBOR), others are still re-configuring models that are impacted by the change. In Part I of this blog, MVRA will touch on the impact of the change and the basic steps financial institutions need to accomplish. In Part II, we will take a more technical view of how our SitusAMC Valuation & Risk Advisory modified its MSR models for the transition.

A Summary of Historical Events

In 2014, the United States Federal Reserve and the New York Federal Reserve Bank established the Alternative Reference Rate Committee (ARRC) to lead the transition away from LIBOR. In June 2017, the ARRC identified SOFR as the recommended alternative reference rate for LIBOR.

One-week and two-month LIBOR has since ceased publication. The ICE Benchmark Administration (IBA), the administrator of LIBOR, announced that the final publication date for other tenors will be June 30, 2023.

The Impact on the ALM Model and Other Models

Financial institutions all over the country have successfully implemented or have started to implement SOFR based pricing in place of traditional LIBOR. Over the prior decades, LIBOR based indexing has dominated the market for floating and adjustable rate instruments. A successful transition to SOFR as the benchmark pricing index is nothing short of a milestone for all financial institutions.

The adoption of SOFR for ALM models and other models is mixed. Institutions that have already adopted SOFR for discounting, new business pricing, and other analyses are ahead of the curve. Many ALM models are capable of SOFR term structure inputs and SOFR modeling, which puts them in line with the current business pricing practices, however, models that do not have SOFR specific inputs need to be challenged for effectiveness, and possibly re-designed.

There are financial institutions that seem to be of the opinion that discounting and new business pricing can be corrected for SOFR pricing by adjusting the discounting or pricing spread, rather than adopting SOFR in their modeling. While they are not wrong, the onus is on the model owner to demonstrate that the correct spread adjustment is made. Clearly, this is not a preferred practice.

If discounting is based on the USD LIBOR / Swap curve, the model owner needs to demonstrate that the correct spread adjustments are made across the entire curve, assuming that the intention is to enter SOFR rates into the USD LIBOR / Swap interface. Calculating the correct spread adjustment is complicated by the payment and day count convention between the two rates.

Further complicating this process are global input assumptions that may still bear the LIBOR / Swap naming conventions. The model owner now has the unenviable task of explaining the disconnect between the Institution’s bond and loan pricing practices versus ALM modeling, how spread adjustments are calculated, and why the model isn’t ready for today’s business practices (on the surface, at least).

Apart from ALM models, all models that were (or are) using the LIBOR / Swap curve for cashflow discounting or index forecasting need to be challenged. In a follow-up discussion, MountainView will demonstrate how this can be achieved with a current model setup that does not have a specific section for the SOFR term structure.

What Institutions Need to Do

The head-in-the-sand approach to problem-solving may not work for this one. We either move forward with the SOFR implementation or risk irrelevant and inaccurate reporting. The movement to this new platform has been slow, many have put it to the side due to a lack of resources or other pressing matters. In our next blog, we will take a deeper look at our Company’s implementation of SOFR. In the meantime, check out our solutions page to learn more about our model validations services today! 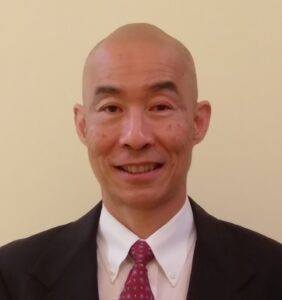 About the Author
Mr. Wong has over 25 years of experience in the banking industry. Mr. Wong has been providing model validations for 4 years with MVRA. Prior to joining the MVRA validation services team in 2017, he worked for E*Trade as Director of Interest Rate Risk, and prior to that, he was with Everbank Financial Corp for five years as Senior Asset / Liability Manager. Mr. Wong has vast ALM model knowledge including QRM, Empyrean, BancWare, Fiserv, and Polypaths. Prior to ALM, Mr. Wong spent over ten years in the mortgage business doing Mortgage Servicing Rights (MSR) Hedge Advisory, MSR pricing metrics, pipeline risk management, and relative value analysis of portfolio loans.
Mr. Wong holds an MBA from the University of Notre Dame (Finance concentration) and a BBA (Finance concentration) from the National University of Singapore.